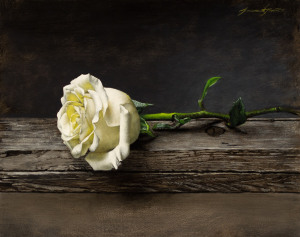 Barbara was born July 3, 1925 to Ivie and Emily Cunningham in Des Moines, Iowa. The family moved to Alexandria, Virginia when she was one year old. On October 24, 1942 at the age of 17, Barbara married Robert (Bob) G. Lynch who, at the time, was a Captain in the U.S. Army. Following World War II, the family relocated to Whittier, California.

Barbara was a hospital volunteer, earned a degree in library sciences in addition to being a full time mom to three children. Her favorite activities included gardening, camping, reading, and collecting figurines, dish sets, cookie jars and other collectibles.

Bob and Barbara moved to Folsom, California in 1997 where Bob passed away in November 2010. Barbara moved to John Day, Oregon in May of 2017 to an assisted living facility in order to be close to her son, Bryan Lynch.

To plant a tree in memory of Barbara Ann Lynch, please visit our tribute store.

You can still show your support by planting a memorial tree in the memory of Barbara Ann Lynch
Share a memory
© 2020 Driskill Memorial Chapel. All Rights Reserved. Funeral Home website by CFS & TA