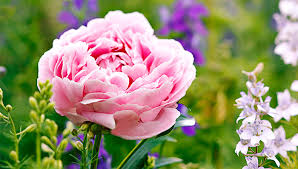 Bjerte, or BJ as known by most, was born on November 30, 1931, in Mt. Vernon, Washington to Lars and Irene Mae (Ohlson) Larsen.  She attended high school in Forest Grove, Oregon graduating in 1949.  After high school, she attended Oregon State University for one year receiving training in photography, oil painting, writing, bookkeeping, and typing.

BJ was a housewife, an artist, bookkeeper, and photographer; she also worked at Scott Machinery Company for twenty years before retiring in 1996.

In 2000 she married Clarence A. “Bill” Williams in Tillamook County, Oregon.  Her hobbies included painting, photography, writing, music – playing guitar and piano, and designing a greeting card line.  She also enjoyed hunting for elk and deer, traveling, floral art and design, antique collecting, and most of all, being a wife and mother/grandmother.

BJ was affiliated with numerous organizations including the Forest Grove Baptist Church, Living Word Christian Center, Calvary Chapel, Forest Grove Camera Club, school PTA, and a square dance club.  She was also very proud of her Norwegian Heritage as her father was a Norwegian immigrant.

She is preceded in death by her son Lynn Scott.

Memorial contributions may be made to the Valley Art Association through Driskill Memorial Chapel at 241 S. Canyon Blvd., John Day, OR 97845.