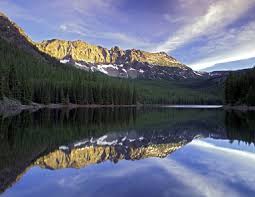 Curtis Antone Pereira, 42, of John Day, Oregon passed away at his residence on September 15, 2018.  A Graveside Service was held on Friday, September 21, 2018, at 2:00 PM at the St. Andrews Catholic Cemetery with Pastor Michael Harvey of the Grace Chapel officiating the service.

Curt was born in John Day to Art Pereira and Cheryle (Cuff) Eggers on January 20th, 1976.  He graduated from Grant Union High School in 1995.

Curt met Lisa Green in 2004 as they grew to know one another they bonded over conversations involving Ford pickup trucks.  Lisa told Curt that if she married him that he would have to “marry me and my horse”; they were married on horseback in Mount Vernon on September 17th, 2005.

He spent many years working as a ranch hand and mechanic for the Holliday Ranch and the Mullin Ranch.  In 2012 an opportunity came up for Curt to work Tobias Ranch in California as a ranch hand/mechanic.  As much as he enjoyed there he decided John Day was where he wanted to be and moved back in 2014.  He started working for Tidewater as a truck mechanic upon returning to John Day.

From a young age, Curt watched and learned mechanics from his grandfather who was a big part of his world.  He could be found on a tractor out in the field or in a shop tinkering away.  He enjoyed being in the outdoors, gathering firewood, four-wheeling, spending time with his wife and pups, working in the shop with his father and working on his Kenworth truck.

Curt’s sense of humor and big heart will be missed by his family and friends.

He was preceded in death by his grandparents.

Memorial contributions may be made to the Blue Mountain Hospice through Driskill Memorial Chapel at 241 S. Canyon Blvd., John Day, OR  97845.