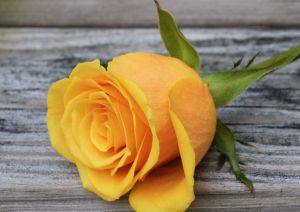 She was the 7th child and the baby in the family so she said, she was spoiled rotten & didn't have to do any work on the farm! She said, she ran wild and never wore shoes in the summer except for school & church. Her family lived on a farm 40 miles east of Albuquerque in the Sandia Mountains. As part of growing up in the country, she rode a bus to school 30 miles to Moriarty, NM.

While in high school Evelyn met Dell Wells, they were married on Aug 5, 1958, in Winnemucca, NV.

They moved to Oregon as Dell had a job with the US Forest Service where they manned the Fall Mountain Lookout together. They lived at Bear Valley Ranger District and Izee for Dell’s work and Evelyn manned Flagtail Lookout for a couple of seasons. In 1961 her mother joined her for the summer while she manned Dry Soda Lookout. She was glad to have that opportunity since her mother passed away the following year. She later manned the Aldrich Mountain Lookout with her father. Evelyn worked for Dick’s Pharmacy, later Muzzy’s Pharmacy, Chester’s, the Five and Dime, Strawberry Wilderness Community Clinic for Dr. Holland, and the John Day Eye Care for Dr. Tronnes and Dr. Brown. She retired after 12 years working for the JD Eye Care Clinic.

Evelyn and Dell’s aunt, Francis Fannon, prepared Mexican food at the Elks Lodge on a couple of occasions. It was delicious. Evelyn’s family loved her Mexican food and her food was hot and spicy.

Evelyn married her second husband Dick Ray on December 23rd, 1979. They moved to Canyon City where Dick enjoyed his retirement with golfing. Evelyn built a retaining wall with rock gabions it once in 2000 and had to rebuilt later in 2007. Upon retirement and she completed in the fall of 2008. Marking quite an accomplishment. They loved to travel and went to Europe twice, Alaska cruise, and to New Mexico to visit family.

In February of 2009, she had a stroke and her whole life changed. She resided at Country Spice for a couple of years, then home where Dick and others cared for her until his health was such he couldn’t care for her anymore. Evelyn then joined the group at Valley View in Aug 2012.

Contributions in the memory of Evelyn Ray can be made to Blue Mountain Hospice, 170 Ford Road, John Day, OR 97845.

To plant a tree in memory of Evelyn Joan Ray, please visit our tribute store.