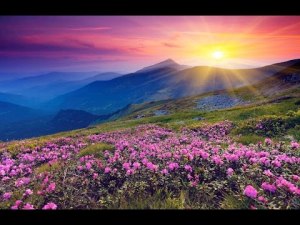 Elberta had many occupations during her lifetime.  From ages 11-13 she was a bowling pin setter. From ages 13-15 she lied about her age so she could work in a convalescent home.  She was a waitress, cook, baker, peach packer, and crab shaker.  Anything to support her family. While working at Georgia Pacific Lumber, she trained for every job on the mill floor so she could be a Utility worker (the first female to do this job at GPL), whose job it was to give all the other workers their breaks.  In 1974, she opened the Casa Madrid Salon in Albany, OR where she served as the receptionist and bookkeeper for four years until she sold it to her daughter who is a hairdresser. Later in life she got her GED, became a licensed tax preparer, and hotel night auditor.

Elberta and Erie enjoyed gardening, camping, hunting, fishing, and traveling together.  Erie was the driver and Elberta was the navigator.  This was before GPS and Google Maps, so she took great pride and joy in reading and following maps.  Sometimes, she would find these obscure roads on a map and would tell her husband, “Let’s go this way.”  Erie was always happy to go on an adventure with her.  She is survived by her husband, Sherry Craig-Miller (Dave), Dallas Ludahl (Scott), Dawn Lewis, Annette Keen, Larry Miller, Marcella Correia (Steve), Sandra Connors (Guy) and Kimberly Wall (Mike).  At the time of her death, she had 26 grandchildren, 31 great-grandchildren, and 3 great-great grandchildren.

In addition to fishing, hunting, camping, traveling, and gardening, Elberta loved to sing (she was a member of the female barbershop group called “Sweet Adeline’s” for several years), read and do the NY Times Crossword.  She also loved board and card games and would play them with her family for hours.  She enjoyed reading her Lutheran Portals of Prayer.  She hated cooking and housework but was particular about both.  Always up for an adventure, when she and Erie retired, they traveled across the country for a month in their touring van.  The highlight of their trip was New York City, where they attended “Phantom of the Opera” and “Les Miserable.”  Then they came back to Albany, sold their home, and bought property in Mount Vernon, OR, where they built a log cabin and created their dream home.

Elberta grew up very poor, especially during World War II.  In the summer, her parents could not afford shoes and the pavement was too hot to go barefoot.  Her dad would cut 2 X 4’s to the length of their feet and then take them down to the neighbor, who was a leather worker.  He would nail scraps of leather over the wood to make sandals for the kids.  By the end of summer, the kids would have rounded the wood from walking. As a young mother she would give her three oldest kids gunny sacks and would take them to the irrigation ditches to pick wild asparagus.  At that time, she canned 1,000 quarts of fruits and vegetables and 50 pints of jam.  As she got grandchildren, they would make special requests for canned goods, especially chili sauce, pears, frozen peaches, green beans, and plum jam.

When the oldest kids were in grade school, Elberta was president of the PTA.  The group decided to make sure all the kids in the school were able to get their vaccinations.  The school was full of low-income families who were finding it difficult to get their kids to the county health clinic.  Mom organized and planned and drove groups of kids to the clinic.  She didn’t stop until every last child was vaccinated.

Elberta was an amazing seamstress.  She made all of her children’s clothes when they were young, often made from hand-me-downs that she tore apart and redeigned.  She sewed her daughter Dawn’s wedding dress and a complete wardrobe for her daughter Kim’s trip to the East coast during middle school.  When they bought their touring van, she reupholstered and carpeted the entire van all on her own.

Elberta always enjoyed making memories with her family.  During the holidays, she would carefully tie hollow chocolate balls to the Christmas tree limbs.  She did it so well and carefully that it looked like the chocolate was growing from the tree.  She made Christmas magic.

She enjoyed history and museums.  The year that the King Tut exhibit came to Seattle, she and her daughter, Sherry, were in line at 3:30am with their thermos of coffee so they would be sure to get tickets to take us to the exhibit.

Her sister, Eunice, always wanted to fly in the Goodyear blimp.  Her sisters were here one year for the Rose Parade, so mom found out where the blimp moored out at the Hillsboro Airport.  So, we all drove out there to see if we could get Eunice on the blimp.  Elberta spoke to the crew lead who informed her that the blimp rides were only for distributors as a perk for selling a lot of tires.  Mom was so persuasive that he told her that if there was a no-show, Eunice could take that space.  Some members of the group went to her daughter Dawn’s house and made sandwiches, got a cooler of pop, and an umbrella table and chairs so we could wait all day if needed.  It was so hot, but we waited, and waited and waited.  Late in the afternoon, the lead crewman walked over and said that the crew was so impressed that we waited all day, they would stay for an extra flight and take six of us up.  Not only did she make Eunice’s wish happen, but the blimp pilot let my Uncle Volney, a retired military pilot, fly the blimp!

She loved babies and spending time with her grandchildren and filming them with the family video recorder.  Her grandson, Shaun, and a group of friends who put on an air band show. She caught it on video.  When her granddaughters, Rosemary and Kathryn, were little, Elberta was teaching them to play softball with a wiffle ball.  She videoed the ball rolling under the planter box and it disappeared.  Everyone looked for that ball for a long time.  It magically reappeared on the patio drain the next morning.  The girls were so excited when it reappeared magically.

Elberta was stubborn, amazingly empathetic, and very generous.  She opened her heart and her home to those in need.  One year, when she worked for a hotel in Albany, there were a lot of events in the area and all the hotels were full.  This older couple came into the hotel without a reservation.  They were exhausted, and since there was no place to stay for a hundred miles or more, she gave them a pillow and blankets to put on the couch bed in her van, that happened to be parked in the hotel lot.  The couple was able to rest.  That same night, a young father and his child needed a place to stay so she called her husband and told him to change the sheets on the spare bed, she was sending them over to stay the night.  When these stories made it back to the hotel owner, he nominated her for hospitality customer service representative of the year.  She won the award...for the entire state of Oregon!

Elberta would always tell her kids, “Remember, no one is better than you; but you are better than no one.”  She’d also like to say, “Haste makes waste!”  She could deliver bad news gently when needed or set you straight without mincing words.  “Let me tell you how the rabbit ate the carrot,” she’d say.  She never knew a stranger.  She was very close with her doctor, Joseph Bachtold.  He would often tell her family of both my parents, “They are the salt of the Earth; they broke the mold when they made Berta and Erie.”

To send sympathy gifts to the family or plant a tree in memory of Elberta Jean Miller, please visit our tribute store.