Share a memory
Obituary & Services
Tribute Wall
Read more about the life story of John and share your memory.

John Warren Nydam, age 85, passed away December 16, 2022. There are no services scheduled at this time.

John was born January 30, 1937, in Oak Park, Illinois to John and Ursula (Schwerdtmann) Nydam. He went to Canoga Park High School and attended Pierce College and UCLA. John served in the United States Air Force from 1955 to 1958.

He married Janis Swanson in Van Nuys, California on April 3, 1959, together they welcomed two children.

John worked for Litton and Moxon Electronics from the 1960’s to 1971. In 1972 they moved to LaGrande, Oregon after purchasing a Coast-to-Coast Hardware Store. After the sale of their LaGrande store in 1977, John and his family moved to John Day where he owned and operated the John Day Coast-to-Coast. He also owned two other Coast-to -Coast Hardware Stores, one being in Baker City, Oregon the other in Moses Lake, Washington. John was the owner operator of Nydam’s Ace Hardware up until the present time.

He was preceded in death by his parents, John and Ursula Nydam and his sister, Dona Lea Day.

Memorial contributions in his honor can be made to a charity of one’s choice through, Driskill Memorial Chapel, 241 S. Canyon Blvd., John Day, Oregon 97845.

To send flowers to the family or plant a tree in memory of John Warren Nydam, please visit our floral store. 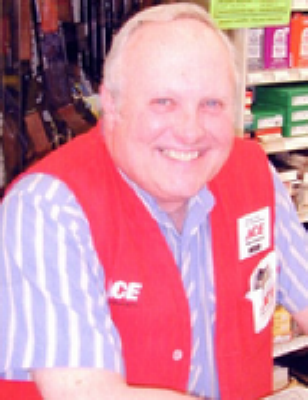 Look inside to read what others
have shared
Family and friends are coming together online to create a special keepsake. Every memory left on the online obituary will be automatically included in the book.

Look inside to read what others have shared

Family and friends are coming together online to create a special keepsake. Every memory left on the online obituary will be automatically included in the book.

You can still show your support by sending flowers directly to the family, or by planting a memorial tree in the memory of John Warren Nydam
SHARE OBITUARY
© 2023 Driskill Memorial Chapel. All Rights Reserved. Funeral Home website by CFS & TA | Terms of Use | Privacy Policy | Accessibility