Share a memory
Obituary & Services
Tribute Wall
Read more about the life story of Lawrence and share your memory.

Lawrence (Larry) Immoos, age 82, of Prairie City, OR, passed away on December 15, 2022. The family will hold a private memorial service in the Spring or Summer of 2023.

Larry was born in Sacramento, California on November 11, 1940, to Lawrence and Aggie Immoos. He spent his grade school years in Bates, Oregon and graduated from Prairie City High School.

Larry’s Family built and operated The Y (now known as the Austin House) for many years. He worked in the woods as a road builder and heavy equipment operator. In 1960 he married Lana Owen in Bates, Oregon, together they had three sons, Pat, Billy, and Mark. Larry and Lana later divorced but remained friends.

Larry loved fishing, hunting, camping, and being in and around Bates and Vinegar Mountain.

Larry was preceded in death by his son, Pat Immoos; brother, Bill Immoos and his parents, Lawrence and Aggie Immoos.

Memorial contributions in his honor can be made to the Carrie Young Memorial through, Driskill Memorial Chapel, 241 S. Canyon Blvd. John Day, Ore 97845.

To send flowers to the family or plant a tree in memory of Lawrence Keith Immoos, please visit our floral store. 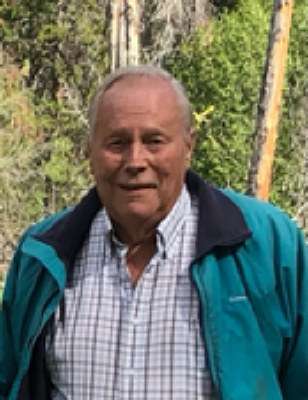 Look inside to read what others
have shared
Family and friends are coming together online to create a special keepsake. Every memory left on the online obituary will be automatically included in the book.

Look inside to read what others have shared

Family and friends are coming together online to create a special keepsake. Every memory left on the online obituary will be automatically included in the book.

You can still show your support by sending flowers directly to the family, or by planting a memorial tree in the memory of Lawrence Keith Immoos
SHARE OBITUARY
© 2023 Driskill Memorial Chapel. All Rights Reserved. Funeral Home website by CFS & TA | Terms of Use | Privacy Policy | Accessibility