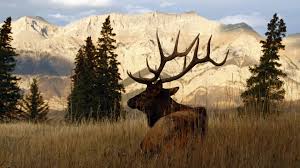 Wallace "Tim" Tacy, age 86, of Prairie City passed away April 12th, 2022, at Blue Mt. Hospital in John Day with his loving family by his side.

Tim was born, April 29th, 1935 in Everett, Washington to Lester and Pauline (Johnson) Tacy. He began working as a teenager to help support his family after his Dad was injured. Tim married LouElla Brown On August 7th, 1965.

He started his career early working in the woods, and was one of the top directional tree fallers for forty plus years.  He and his family moved from West Fir, Oregon to Mt. Vernon in 1977, where he continued to work for Hines Lumber Company. Later he worked in the mills in John Day and Seneca, until his retirement.

Tim was an outdoorsman he loved fishing and hunting. He also loved to dance, spend time with his family, his kids and grandkids. He was a loving father and husband.

He was preceded in death by his wife, LouElla Tacy; brother, Bob Tacy; and sister, Gail Tacy.

To send flowers to the family or plant a tree in memory of Tim R. Tacy, please visit our floral store.

You can still show your support by sending flowers directly to the family, or by planting a memorial tree in the memory of Tim R. Tacy
Share a memory
© 2022 Driskill Memorial Chapel. All Rights Reserved. Funeral Home website by CFS & TA | Terms of Use | Privacy Policy | Accessibility