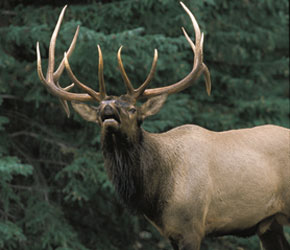 William Allen Richards, age 71, of Monument passed away on July 28th, 2021 at his residence.  A graveside service will be held Friday, August 6th at 11:00 AM at the Monument Cemetery with a reception following at the Monument Senior Center.

William Allen Richards (Bill) was born to Van and Betty Richards on October 31, 1949 in Prairie City, Oregon. He was the second of 4 children. He spent the first six years of his life in Spray, Oregon before the family moved to Monument, Oregon. Bill attended Monument School and graduated in 1967. Monument School is where he met the love of his life, Dorothy Miller. They were married January 23, 1968. They were married for 33 years before Dorothy passed away in 2001. Bill and Dorothy had two daughters, Carrie Jewell and Teri Hamilton. Bill passed away July 28, 2021 at his home in Monument, Oregon.

Bill spent most of his working years in the Timber Industry. He spent the early years falling timber and driving log truck. In later years he worked at the Long Creek Mill working his way up to night foreman. When that mill closed, he moved to the Blue Mountain Forest Products Mill in Reith, Oregon where he became a well-known saw filer. He worked there until he retired in 2015 and moved back to his full-time residence in Monument, Oregon. Through retirement he stayed busy baling hay at the Hidden Acres Ranch in Kimberly, Oregon.

Bill spent his free time with his family. He loved hunting the big bucks and elk with his family. He could be found fishing the banks of the river, or local lakes. Bill enjoyed watching his grandkids play sports. Anytime someone needed a helping hand, he was always there to lend one.

Memorial contributions may be made to the charity of one’s choice through Driskill Memorial Chapel at 241 S. Canyon Blvd., John Day, OR 97845.  To offer online condolences to William’s family please visit www.driskillmemorialchapel.com

To send flowers to the family or plant a tree in memory of William Allen Richards, please visit our floral store.