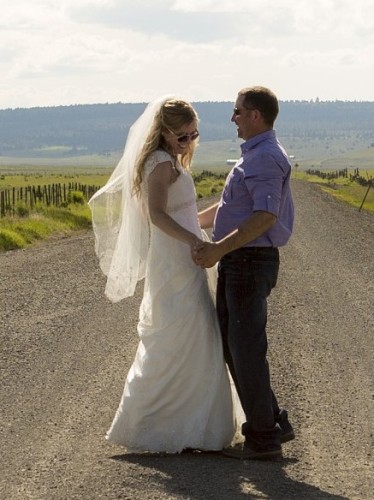 Shortly after the purchase of the business, Troy married Windy Thorne in May of 2016.  Windy, originally from La Grande, recently graduated with a Masters degree in Education with a focus on Organizational Development and Human Resource Management.  Both Troy and Windy agreed with his 25 years of experience in the industry and her education, they would make a great team.

We are here because we care about our families and we feel passionate about helping people in their time of need.  As a business, you will see us evolve as we respond to the needs of our community.  Just know, whatever you need we are here for you because that is what we love to do. 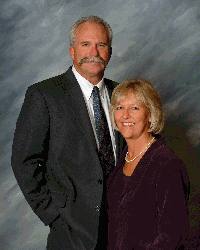 Dennis graduated from Ashland High School in 1970 then attended Southern Oregon College before he began his apprenticeship at Litwieller Funeral Home in Ashland. He graduated from Mt. Hood Community College in 1974 with a degree in Mortuary Science.

After managing one of the largest funeral homes in Portland, Oregon for many years, Dennis helped start two new funeral homes, then managed the largest funeral home in the Northwest in downtown Seattle before purchasing Gray's West and Company. He is a member of Rotary International, Masonic Lodge, Elks, a sponsor member of the Rocky Mountain Elk Foundation, past board member for Salvation Army, and a past member of the Jaycees. Dennis is an avid outdoorsman and enjoyes the opportunities Baker County offers for archery, fishing, boating, skiing and snowmobiling.

Darlene obtained her insurance license from the State of Oregon in 1992 and became a licensed funeral director in 1994. She served on the board of directors for Baker County Historical Society as Treasurer, Baker City Lions, Baker City Kiwanis as President, Business and Professional Women, and WISE. She is active with Chamber of Commerce activities, Kiwanis, and co-ordinates the grief seminars sponsored by Gray's West & Company.

Dennis and Darlene are members of the Nazarene Church. They have three grown children, Angela, Troy and Season and enjoy spending time with their 7 grandchildren. Their love for the outdoors and longing for a more relaxed lifestyle brought them to Baker City where they use their expertise to help families and friends through difficult times and decisions.